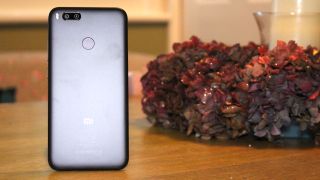 The Chinese smartphone manufacturer, Xiaomi, has announced an event on April 25 where it’s speculated that the Mi 6X will be unveiled. The Mi A1, launched last year, has been a crowd favorite sporting Android One.

The smartphone was originally launched as the Xiaomi Mi 5X in China. The Android One version was labeled the Mi A1 and brought to India.

Therefore, it’s expected that the launch of the Mi 6X, which will probably run on MIUI, will also have an Android One variant called the Mi A2, which will launch globally.

The phone’s already been spotted on TENAA, revealing detailed specifications. Users have already shown that they prefer the Android One phones to the MIUI operating system.

The discontinuation of the Mi A1 across the board from Mi.com to Flipkart, the company’s official online retail partner, also indicates that the Mi A2 might be coming soon.

We are launching our latest smartphone on 25 April at the beautiful Wuhan University, the alma mater of @leijun. Are you excited to find out which device it is? pic.twitter.com/pGealE8WcnApril 12, 2018

There’s also a new teaser highlighting the back of the phone spotted by Gizmochina on Weibo. The image shows the back panel of the phone with a vertical rear dual camera setup, a centrally aligned fingerprint sensor and the Xiaomi logo below. But what stands out the most is the phone’s blue color.

The rear cameras are speculated to be a 20-megapixel (MP) primary sensor with an 8MP secondary sensor. Rumours also hypothesize that the Mi A2 with have a 20MP front camera to match.

Xiaomi has already stated that they have plans of launching at least six new smartphones in India this year. So far, they’ve already brought the Redmi 5, Redmi Note 5 and Redmi Note 5 Pro into the market. The Mi A2 will probably join them in the budget segment if it’s priced along the same lines as the Mi A1.

The company also has plans of expanding their non-smartphone portfolio in India this year. It’s speculated that the Mi Band 3 might also be launched at this event. The company’s CEO, Lei Jun, was spotted sporting the band at the unveiling of Xiaomi’s new gaming phone, Black Shark.