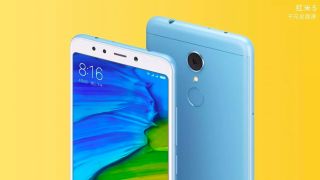 Xiaomi is all set to launch its latest budget devices, the Redmi 5 and Redmi 5 Plus in China on December 7. Over the past few days, there have been multiple leaks relating to the two devices and now the company’s Global spokesperson has revealed the devices on Twitter.

The Redmi 5 and Redmi 5 Plus are the successors of last year Redmi 4 devices. The major change that we can see when we look at the design of the device is that the device comes with minimal bezels and an 18:9 display instead of the 16:9 display that we saw in the last iteration.

Xiaomi Redmi 5 and Redmi 5 Plus: Everything we know

While Donovan Sung, Xiaomi’s Global spokesperson has revealed the design of the Redmi 5 and Redmi 5 Plus, there has been no official information about the specifications of the device. However, there have been some leaks over the past few days that will allow you in getting a better picture about the device.

Apart from the change in the display, we can also notice that the company has changed the position of the rear camera when compared to the Redmi 4. The images reveal that the devices will be available in Black, Pink and Light Blue colour options.

Is everyone ready for the all-new Redmi 5 and Redmi 5 Plus? We're launching these two new devices in China on Thursday Dec 7. Giving everyone a sneak preview! 😎 #Xiaomi pic.twitter.com/ESbaejpTJVDecember 4, 2017

Redmi 5 and Redmi 5 Plus Specifications

There have been rumours that the devices will be powered by a powered by a Qualcomm Snapdragon 625 processor but that is unlikely and Xiaomi might opt for a cheaper processor. In terms of memory, the device will come with 3GB / 4GB RAM.

In terms of camera, the Redmi 5 and Redmi 5 Plus are expected to come with a 12MP primary camera and a 5MP secondary camera. The devices are expected to be powered by a 3,300 and a 4,000mAh battery respectively.