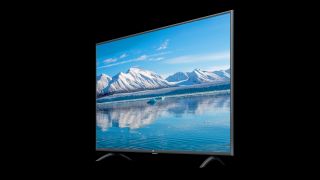 Xiaomi has unveiled its first TV models in India this year. The newly-launched TVs include the rumored Mi TV 4X Pro 55-inch and Mi TV 4A Pro 43-inch. Additionally, the company has unveiled its Mi Soundbar alongside the TVs.

The new TVs are powered by Amlogic 960X chipset with Mali-450 GPU and Xiaomi’s Patchwall interface with Android TV doubling as an alternate interface. Meaning, users who find Android TV OS more suitable can switch over from the Patchwall on click of a button. Exactly what we reported earlier.

The company has officially shut rumors about a 65-inch Mi TV debuting and India for now. The bigger TV, however, brings several new features this time and it shares most of them with the Mi TV 4A as well. Both have a 20W stereo speaker with DTS-HD surround sound support for high-quality sound output, thin bezels on all sides with a metallic finish touted as Piano Black.

Both the TVs come with a Bluetooth remote having a mic integrated for Google Assistant voice commands. Moreover, the TVs have built-in Chromecast functionality with the PatchWall OS featuring 700,000+ hours of content from over 14 different partners. Some of the known partners include Hotstar, Hungama, Sony, Liv, Voot, Hooq, Zee5 and more.

The Mi TV 4X pro differentiates itself from the smaller 43-inch model in a few areas. First, it has a 55-inch 4K UHD panel with 10-bit color depth and HDR 10 support. Second is the RAM size, where the 55-inch model has 2GB and 43-inch still runs with 1GB RAM.

The Mi Soundbar is priced at Rs 4,999 and will go on sale starting January 16 on Mi.com and Mi Home stores.