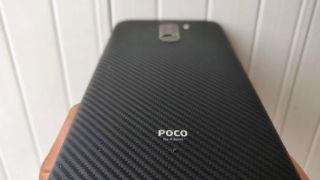 The latest episode in the Poco F2 saga is here, where trademark applications by Xiaomi in China were spotted. Is this the confirmation we were waiting for?

The Pocophone F2 remains one of the most elusive smartphones, with no official confirmation yet. However, a steady flow of leaks has kept the fanbase’s hopes high. We might have just got our biggest hint at its existence — “Poco F2” trademarks by Xiaomi in China. Spotted by @_the_tech_guy on Twitter, the listing has an application date of December 4, 2019, by Xiaomi under the electronics category. It also clearly shows what the product branding will look like, which seems to be in line with Pocophone’s past typography.

The tip also mentions that Xiaomi filed for a similar trademark right before the Poco F1 unveiling in 2018, adding more substance to the story. The Poco F1 was one of the most-appreciated smartphones in India, which eventually created an even bigger fanbase for the Poco F2, with everyone hoping that Xiaomi would once again bring flagship gaming specs to an affordable price tag.

Until now, the closest official confirmation we’ve received about Pocophone was a (soon deleted) tweet by a company head that said, “You will hear more from POCO in 2020 ♥️”, after over a year of silence. These trademark documents are the first time we see Xiaomi mention the Poco F2.

While we usually advise against basing assumptions on trademark and patent filings, this one seems rather stable; unless Xiaomi is going out of its way to just troll everyone.