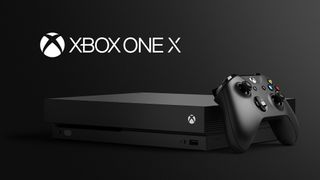 The Xbox All Access console subscription service has come to the UK and Australia, following its initial US offering – with the option to upgrade to the next-gen Xbox Project Scarlett console when it launches at the end of 2020.

Xbox All Access was a curious move for Microsoft when it debuted in the US earlier in 2019. Taking the kind of long-term payment models of today's mobile phone contracts, it gives players a way to slowly pay off their Xbox One S, Xbox One X or Xbox One S All Digital Edition console without a massive up-front cost – with an Xbox Games Pass subscription bundled in for access to over 100 Xbox One titles.

Pricing starts at $19.99 / £17.99 / AU$27 for the All Digital Edition bundle – and given Xbox Games Pass costs half that amount in each territory, it's clear you're getting a decent saving over a two-year period with all the aspects involved.

Just give us Xbox Scarlett

If you're mainly interested in getting the Xbox Scarlett the most cost-efficient way you can, anyone who purchases an Xbox One X with Xbox All Access by December 31, 2019 will be able to upgrade to the next-gen hardware after only 12 months, instead of having to wait out the entire 18-month contract.

There's no clear idea of what the saving is here, or what the Xbox Scarlett bundle will cost by itself – and you will be opting into a new 24-month contract for the next console, possibly at an increased price. The Xbox One X bundle costs $30.99 / £24.99 / AU$38 per month, with 24 months of Xbox Games Pass Ultimate and a Wireless Xbox One controller.

Xbox Product Marketing General Manager Jeff Gattis, speaking to TechRadar, said that "once we announce pricing for the Scarlett, the Xbox All Access prices will update, making a price drop for current-gen models pretty likely – while suggesting that more accessories could be included in bundles going forward:

“We definitely see ourselves adding more things to the program as we go – the best analogy would be with Amazon Prime – so I think the next additions would be things like accessories, an additional controller, maybe an Elite Series controller, some subscriptions, along those lines."

He also stressed that “you’ll always be able to buy a console outright", even if "we do have signals that the consumer industry in general is going in this direction."

If you know you want an Xbox Scarlett, and already have a current-gen console, you may as well wait at this point and save your cash for when it matters – but we get the feeling that console subscriptions are only going to be more common as time goes on.