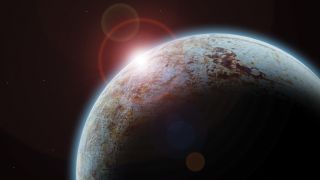 What Martian secret has Curiosity found?

After telling the world that the Mars Curiosity rover made a discovery "for the history books," NASA is now downplaying the importance of what was found.

"It won't be earthshaking but it will be interesting," Webster told Time. "As for history books, the whole mission is for the history books."

That's not to say the rover didn't stumble upon something of immense scientific importance, just that earthlings need to cool their heals a bit about what was discovered on our extraterrestrial neighbor.

Rumors from the red planet

The flurry of curiosity over what the Curiosity rover found started from comments made by researcher John Grotzinger while studying soil data collected by the rover's Sample Analysis at Mars (SAM) instruments.

With claims of a history-making discovery, speculation quickly leapt to the idea that methane, a gas created by organic matter, had been discovered on the surface of Mars.

Webster's comments come across as an attempt to cool down the rumor mill so that there isn't disappointment when the actual discovery is announced.

"John was excited about the quality and range of information coming in from SAM during the day a reporter happened to be sitting in John's office last week," Webster said. "He has been similarly excited by results at other points during the mission so far."

While the world waits, NASA's researchers are double-checking their findings in preparation for a more tempered announcement on Dec. 3.