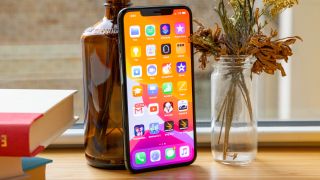 Plenty of tech companies are trying their hand at subscription services by this stage, and Apple is certainly ramping it up with its Apple Music and Apple Arcade platforms, along with the imminent Apple TV Plus service set to take on the likes of Netflix.

Following Apple’s earnings call and comments by CEO Tim Cook, CNBC has speculated that the tech giant could even consider implementing a premium subscription service for its iPhone line of handsets.

When asked whether Apple would consider an Amazon Prime-esque offering, Cook responded saying, “In terms of hardware as a service or as a bundle, if you will, there are customers today that essentially view the hardware like that because they’re on upgrade plans and so forth. So to some degree that exists today.”

While this is certainly not confirmation that the company has plans to roll out such a service, it could be viewed as a hint towards it due to the fact that Cook “did not shoot down the idea”, as CNBC puts it.

It could also be argued that it would make sense for Apple to sell one of its core products in a way that assured it would get a more consistent stream of revenue, and for customers wanting to upgrade to the latest handset without having to pay large sums at once.

As Cook pointed out, customers are already approaching iPhones in this way, by carrier plans that allow them to upgrade their handset after a set amount of time, or by using the company’s own Apple Upgrade Program.

The latter of these, along with the increasing promotion and success of official trade-in programs, indicates that there certainly is a market for iPhone customers wanting to upgrade their device every year but aren’t as concerned with owning it outright.

Alternatively, Tim Cook’s initial comment could be interpreted as suggesting that the existing iPhone sales model is as good as a subscription service and, hence, wouldn’t need to change. However, a later comment lends more weight to the fact that it might well do just that:

“We’re cognizant that there are lots of users out there that want a sort of a recurring payment and the receipt of new products on some sort of standard kind of basis,” Cook said, “and we’re committed to make that easier to do than perhaps it is today”.