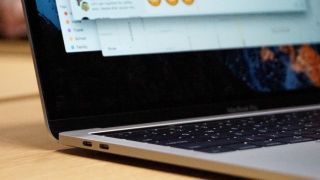 Connectivity has been something of a sore point with the new MacBook Pro – from complaints about dropping the SD card slot, to the fact that you only get a pair of Thunderbolt 3 USB-C ports on the base 13-inch model – and now we’re hearing that to heap misery on top of the latter, some existing Thunderbolt 3 devices aren’t compatible with Apple’s freshly revealed notebooks.

Yes, it seems that the ports on the new MacBook Pro don’t work with some products which are already on the market, at least according to Plugable Technologies, a manufacturer of peripherals, cables and adapters.

Plugable claims that Apple has made ‘design decisions’ with its notebooks that have caused these issues, and have led to two of the firm’s graphics adapters not being compatible with the new laptops due to their usage of an older (first) generation TI USB-C chipset.

In an online FAQ concerning the issue, Plugable said: “Apple has chosen to prevent Thunderbolt 3 devices based on currently available controller chips from Texas Instruments from enumerating and functioning on the 2016 MacBook Pros.

“All current Thunderbolt 3 peripherals which use this controller chip are incompatible with the new 2016 Thunderbolt 3 MacBooks. (To our knowledge, this includes all currently available Thunderbolt 3 devices including our TBT3-DP2X and TBT3-HDMI2X graphics adapters).”

As a result, the peripheral manufacturer has also pushed back the release of its flagship Thunderbolt 3 Docking Station to ensure it’s compatible with the new MacBooks.

While Plugable is clearly pointing the finger at Apple here, no other third-party vendors have chimed in yet, although Apple Insider did manage to get a statement from the MacBook Pro maker itself – but the company wasn’t going to be drawn to comment on the actual situation at hand.

Apple said: “While we have no comment on Plugable's specific complaint, products using the newest Thunderbolt chipsets, with up-to-date drivers, will have no difficulty connecting to any 2016 MacBook Pro.”

As to what happens if you connect one of these incompatible Thunderbolt 3 peripherals? Well, nothing bad, the device just won’t register or work.

Despite a good deal of criticism being fired at the new MacBook Pros from all directions – not just regarding connectivity, but also the usefulness of the Touch Bar, and the exorbitant price – Apple’s new notebooks are apparently the fastest selling Pro models to date.

Although perhaps early interest is strong simply because folks have been waiting so long for a refresh of the machines. At any rate, it will only really be telling if the sales trend continues past launch.

While the base 13-inch model of the new MacBook Pro is on sale now, the other versions carrying the Touch Bar won’t ship for four to five weeks.