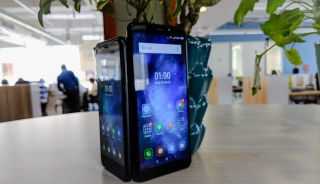 I’ve been using the Redmi 4 for over a year now and I’ve been fairly happy with it. But then again to be honest, I never had too many expectations from it either. All I needed was a phone with decent battery life, that wouldn’t hang with every alternate application launch.

Not only did the Redmi 4 deliver but remained a faithful companion for over a year. Xiaomi, to further instigate the upgrade cycle of phones, just released the Redmi 5. The differences between the phones are marginal at best, at least on paper. But it’s also important to remember that the Redmi 4 costs Rs 10 400 for the 4GB/64GB variant, while the Redmi 5 is cheaper for Rs 8 999 for the 3GB/32GB device.

The Redmi 4 is considerably smaller than the Redmi 5. I found the size of the Redmi 4 to be an endearing feature since it allowed for easy storage in your pockets and a secure grip on the phone. But then again, the 12mm difference isn’t so big that it’s inconvenient. The fact that it’s slimmer also works in Redmi 5’s favour.

Aside from that, the Redmi 5 feels a little heavier in your hand, but not enough to create a hassle. Thankfully both the phones have the 3.5mm headphone jack, so you don’t have to go out and buy a new pair of wireless headphones or a USB type C adapter.

The camera placement on the Redmi 4 is to the side but the Redmi 5 features the camera in the center. But, that doesn’t make a difference in how you click your photos and quite honestly, doesn’t make one phone ‘look better’ than the other.

The drawback of the Redmi 4 used to be that it ran on Android Marshmallow but, that has now been updated to the Android Nougat since MIUI 9.1 rolled out. Not that the Redmi 5 deserves applause either, since it runs on Android Nougat as well, despite Android Oreo already being in the market when the phone launched.

Qualcomm claims that the Snapdragon 450 is 25 percent faster than the Snapdragon 435. It may sound like a big deal but you wouldn't notice the difference if you didn't have the phones running concurrently.

Browsing is a breeze on both phones and they’re more than capable of handling casual gaming. But, both the Redmi 4 and the Redmi 5, heat up under heavy use. The Redmi 5 a little more than the Redmi 4.

There was a period in between when the Redmi 4 kept lagging incessantly, about eight months after the buying the phone. Complete formatting of the phone became necessary after which I didn't face anymore problems, at least till I switched to this new one.

I haven't used the Redmi 5 long enough to ascertain whether or not the same issue may arise but, considering they're so similar in terms of software, it's something to be wary of. That said, Android phones eventually do lag. Period.

On the basis of performance alone, I would rather keep the Redmi 4 rather than change my smartphone to the Redmi 5. It's not like either phone is going to get updates any time soon, since Xiaomi rolls out MIUI improvements incredibility late. At least the Redmi 4 stays cool.

The bigger screen offers a better user experience since display since the screen to body changes from 70.7 percent to 75.9 percent. The contrast and saturation on both of the phones is the same. But, the extra 0.7 inches on the Redmi 5 definitely makes watching YouTube videos and playing games more immersive. Even reading feels easier on the eyes since the screen is larger.

This is probably one of the biggest differences between the phones. The allure of the display is big enough to make you want to make the switch, that is until the phone starts making your hand sweaty.

The Redmi 5 may have the bigger screen, but the Redmi 4 has the bigger battery. It’s true that battery size alone isn’t what determines battery life but in this case, Redmi 4 holds its own.

The main issue is that the Redmi 5 fizzes out before the end of the day, not under heavy use, but even if you’re using the device for daily tasks like WhatsApp, checking Gmail, taking random selfies or playing the occasional game during breaks.

However, the Redmi 4 lasts till you get home and can make your way to a charger. It won’t last any longer than 24 hours, but you can rely on it to carry you through the day.

Since our smartphones have become such an integral part of our daily lives, it seems ridiculous to compromise better battery life for a bigger screen. The user experience isn't going to amount to much, if the phone keeps dying on you.

The camera on the Redmi 5 is better than the one on the Redmi 4, hands down. The difference between the megapixels (MP) is unitary and the disparity in images is only apparent when you place the Redmi 4 images next to the Redmi 5 images but, it is there.

The Redmi 5 camera allows for faster auto-focus (AF) than its counterpart, which captures movement better than the Redmi 4. It also it produces better image quality, since it can manage exposure more efficiently.

In the Redmi 4 camera samples you’ll see a bit of vignetting, but more than that, the camera is unable to handle the differences dark and light areas within the same frame.

Even in natural light, the Redmi 5 reproduces much better colours and details than the Redmi 4.

Since both the cameras feature a 5MP lens in front, the images should ideally be identical. But, it seems as though Xiaomi has updated the post processing of its camera app for the Redmi 5, so that the exposure for selfie shots gets bumped up.

I'm not sure if the discrepancies are enough to make me switch phones but if I was buying a new phone and was choosing between the two Xiaomi devices, the Redmi 5 would win this round.

If you already own a Redmi 4, if the camera quality and screen size are the only reasons to consider switching over to the Redmi 5.

But, if the 'visual experience' of the phone isn't what's important to you and you want a phone that offers more functionality on a budget, there's no point in making the switch.

The Redmi 5 is a good choice in the entry-level segment if you don’t mind the size. But, the Redmi 4 is a smaller phone that packs just as much power. The battery life of the Redmi 4 also adds to its appeal if you’re always on-the-go.

The Redmi 5 does win out with better features on paper, as it should, mind you, since it's the 'upgrade' to the Redmi 4.  But, taking into consideration that the Redmi 4 has longer battery life and Xiaomi updates are slow to come around, it seems like the better choice all things considered.