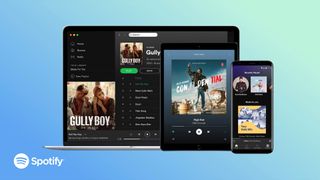 After a long wait, Spotify just went live in India. The Swedish company had been eyeing an entry into one of the largest music market of the world and late Tuesday night, consumers were able to download and use the Spotify app from Google Play Store and Apple App Store.

It was only yesterday that Spotify was at the receiving end of an injunction filed by Warner Music Group with the Bombay High Court. The case prevented Spotify to access Warner/Chappell Music catalog with the company going on record to say that it “remains the lone holdout needed for a Spotify launch in India”. While there’s no update on the case, eagle-eyed fans of the music streaming service were able to download the Spotify app.

Spotify has built-in some exclusive features for the Indian listeners which it detailed in a blog post. The app’s recommendation engine has been tuned to suggest music in multiple languages including Hindi, Punjabi, Tamil, and Telugu. This is for Spotify’s auto-curated Daily Mix, Home and Radio playlists. In addition, there are new playlists specifically for the Indian audiences including Indiestan, Rap 91, Namaste Love, Punjabi101, and Bollywood Butter, to name a few. Users will also be able to check out tracks based on what’s trending in cities like Mumbai, Delhi, Bangaluru and Chennai.

“As Spotify grows, our goal is to bring millions of artists and billions of fans together from every country and background. India has an incredibly rich music culture, and to best serve this market, we’re launching a custom-built experience. Not only will Spotify bring Indian artists to the world, we will also bring the world’s music to fans across India. We have been working towards this goal for quite some time, and I am thrilled with today’s launch,” says Daniel Ek, Spotify’s founder and CEO.

Indian users can listen to music on the Spotify app for free albeit with ads and streaming quality topping out at “high”. The Premium subscription bypasses these limitations and listeners can use the app ad-free, download music and set the streaming quality to “very high”.

Spotify offers a bunch of Premium subscription plans for users to choose from. The monthly plan starts from Rs 119 per month on a recurring basis. Alternatively, users can choose from a daily, weekly, monthly, quarterly, half-yearly and annual prepaid plan which are priced as:

Spotify is also offering a Premium subscription to students at a special price. For students over the age of 18 enrolled at an accredited college or university, Spotify can be subscribed for Rs 59 per month for four years. The second plan is priced at Rs 66 and enables a single month of subscription. There’s a student verification process in place through SheerID which will corroborate the student’s status, following which they will be able to get over 50% discount for Spotify Premium.