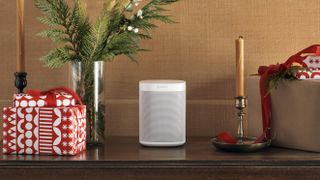 Sonos and Google are headed to the courts. Sonos, the innovator in the multi-room speaker tech space, is alleging that Google has ripped off its patented speaker technology, while using its scale to anti-competitively undercut the price of Sonos products.

According to a New York Times report, Sonos has filed two lawsuits concerning five patents on wireless speaker design, and is also requesting a sales ban on a wide range of Google products through a case with the International Trade Commission.

The conflict stems from a 2013 partnership between Google and Sonos, at which time Sonos claims Google gained access to its patented technology whilst the two companies worked on bringing Google Play Music to Sonos devices. Sonos claims its tech then appeared in Google's Chromecast Audio devices, then Pixel product line-up before finding its way to the low-cost Google Home (now Nest) devices – undercutting Sonos's premium offering.

Sonos states it has repeatedly warned Google against its actions, but has now seen as many as 100 of its patents infringed, covering everything from synchronized audio over discrete wireless speakers to tweaking volume over numerous devices at once.

For its part, whereas Sonos aimed for collaboration, Google forced restrictions on Sonos devices – such as making it so as Sonos speakers wouldn't be able to run both the Google Assistant and Amazon's Alexa on the speaker at once, something which would have been a key differentiator.

That's not to say that the Amazon Echo speaker range hasn't done similar to Sonos' business – in fact, Sonos claims similar violations from Amazon, but doesn't have the resources to be “battling two tech giants in court at once.”

For now though, the focus is on Google, with everything from Pixelbooks to Wi-Fi hubs from Google under fire from Sonos's legal teams. Things could get ugly.