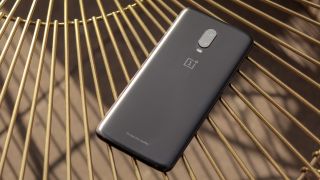 A handful of OnePlus 6T users have reported on the company forums that they are affected by a display issue that is causing occasional static waves on the screen. There seems to be no definitive trigger.

A thread on the OnePlus forum has multiple users reporting this issue. It seems to be sporadic, but one user manage to capture it and has uploaded a video to YouTube.

The glitch manifests as a short burst of static-like waves on a small section of the screen. While there doesn't seem to be any serious problem with the device, the company will have to investigate.

Users on the forum are discussing likely causes and solutions, but it seems to be happening differently for everyone. The glitch is seen on both on the phone’s lock screen as well as when the device is unlocked. A factory reset doesn't seem to be solving the problem.

The OnePlus 6T was launched in early November in India, and also got a new Thunder Purple colour variant recently. We have been using the phone as a primary driver, but we haven't experienced such issue with our unit. We have reached out the brand about the issue, expect an update as soon as we hear from them.