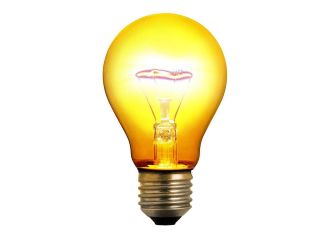 A PC running a screensaver costs the same to run as a 100W lightbulb that's left on all day every day, 365 days a year

Microsoft is advising environmentally-conscious PC users to put their machines to sleep rather than using screensavers. In a statement , Dean DeWhitt, director of Microsoft's Windows kernel team, said that people who want to save energy and reduce the environmental impact of their PC should not use screensavers.

A PC running a screensaver consumes the same amount of electricity in a year as a 100W light bulb left on all day every day for that time. That works out to about 1,350 pounds of carbon dioxide emissions, or around $80 (just over £40) in electricity costs, Microsoft said.

"This is energy consumed when you are not even using the PC," DeWhitt said. "It truly is a waste."

Microsoft's new Windows Vista operating system includes a Sleep mode, similar to that on Apple computers, which lets a PC hibernate for energy savings. It enables users to 'wake up' their machines and instantly resume use.

Microsoft added that the Sleep mode could be useful for large companies that need to leave users' PCs running overnight to install security updates.