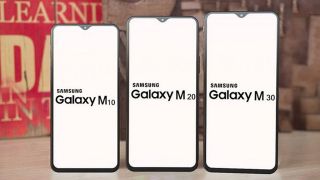 Eager to take the fight to Chinese smartphone manufacturers, Samsung is planning to launch a new range of budget Galaxy M series phones in 2019, with the handsets expected to arrive in India first, as reported by Reuters.

Samsung's decision to debut the new budget handset line in India is believed to be a direct result of the South Korean company's market share having recently been overtaken by Xiaomi in the region.

Expected to arrive in India by the end of January (or around a month before the flagship Galaxy S10 is revealed), the Galaxy M10, M20 and M30 will be sold exclusively through Samsung's online store and Amazon's Indian site, with plans for a full global rollout to come shortly after.

“The M series has been built around and incepted around Indian millennial consumers,” said Asim Warsi, head of Samsung's mobile business in India, telling Reuters that the new phones are expected to bring about a doubling in online sales of Samsung phones in the country.

Though specs for the M Series are still unconfirmed, Warsi has stated that the phones will feature large batteries and fast charging, backing up previous rumors that the M20 would feature a massive 5,000mAh battery – the largest of any Samsung handset to date.