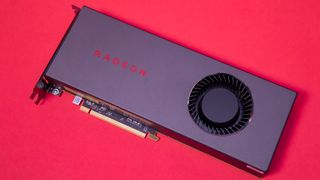 Note: We’ve updated this story following our tests with Nvidia drivers and Wolfenstein: Youngblood, which showed some highly noteworthy improvements for team green.

AMD has just released a new driver for its Radeon graphics cards, and the major highlight is up to 13% better frame rates with Wolfenstein: Youngblood – but Nvidia has left that increase in the dust, almost doubling performance with its latest Game Ready driver optimizations (at least in our testing).

Let’s look at AMD first, then, which still achieved a pretty impressive performance hike. The 13% boost was boasted about by AMD following its own internal tests using a Radeon RX 5700 (with an Intel Core i7 9700K CPU, interestingly), with an average of three tests producing 55.6 frames per second using the previous driver.

That increased to 62.7 fps – edging over the magic 60 fps mark – when AMD switched to the latest version 19.7.3 of the Radeon Adrenalin driver. Naturally, depending on your exact GPU and the rest of the components in your PC, your mileage may vary.

Moving on, as we mentioned, Nvidia has also released a new driver which is now fully optimized for Wolfenstein: Youngblood, although the GPU maker didn’t clarify what kind of boost GeForce gamers could expect.

However, we’ve done our own testing on a gaming PC running a GeForce RTX 2080 Ti and a Ryzen 9 3900X CPU, and found a rather staggering improvement. Running at 3,440 x 1,440 resolution, with the previous Nvidia driver we were getting around 100 fps in Wolfenstein, but with frequent drops to about 50-60 fps which were quite nasty. Granted, though, GPU utilization was only at around 50%, so clearly there was still plenty of work to be done on the optimization front.

The good news is with the fresh Game Ready driver, we are seeing around 180-200 fps – so almost double the performance – with none of those major frame rate drops.

So while Nvidia’s gains are more about making Wolfenstein: Youngblood perform as it should, this is still a massive boon for GeForce users – or at least that’s what we found with the RTX 2080 Ti. Just as with AMD cards, your results may of course vary.

So, what else does AMD's new driver offer? For starters, it brings support for the Radeon GPU Profiler to the RX 5700 and its sibling XT version.

There are also a load of bug fixes as to be expected, which include a solution for League of Legends failing to work on Windows 7 PCs with Radeon RX 5700 cards, and also bouts of stuttering when first starting Fortnite with these new Navi GPUs.

Also, Radeon Anti-Lag (which is designed to improve the response time of your gaming peripherals) was causing ‘slight performance drops’ in some games, and this gremlin has thankfully been banished.

A couple of major issues remain, though, with one of them again pertaining to the RX 5700 range, whereby gamers might (ironically) see stuttering with Radeon FreeSync on a 240Hz refresh rate monitor. It’s not unusual for there to be problems with new GPUs, of course, as various quirks get ironed out post-launch.

Windows 10 gamers should also note that if they are planning on upgrading to the latest May 2019 Update, some PC configurations are experiencing corruption of green colors with the Radeon Adrenalin software, so that’s something to be wary of.