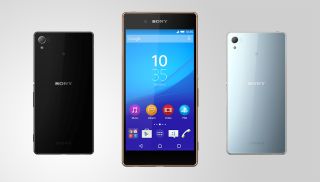 Sony fans were surely left disappointed when the Xperia Z4 was only announced for Japan, even if it is almost exactly the same as the Xperia Z3, but all hope may not be lost, as there are signs that it could be released elsewhere, just possibly with a different name.

While browsing the White Paper for the Style Cover Window on Sony's website, juggly.cn spotted that the cover is listed as compatible with the Xperia Z4/Z3+.

Now this is the first we're hearing of a Z3+ and given that the Style Cover Window fits it the dimensions are presumably more or less identical to those of the Xperia Z4.

Add to that the fact the name 'Xperia Z3+' suggests a slightly better version of the Z3, and that the modest upgrades in the Xperia Z4 essentially make it an Xperia Z3+ in all but name, and we could have just stumbled across the international name for the Xperia Z4.

Of course the Xperia Z3+ could be a different device altogether, but whatever it is the name certainly implies that it will be a better phone than the Xperia Z3, which counts out most other known Xperia handsets.

The only possible other fits are the Xperia P2, but that looks set to be a smaller device, or the Xperia Z4 Ultra, which would be bigger and so neither would fit a case designed for the Xperia Z4.

As the name is featured in an official document it's almost certainly a real thing too. This still doesn't really shed any light on if or when we'll see the Xperia Z4/Z3+ internationally, but it gives us hope that it could make the jump.