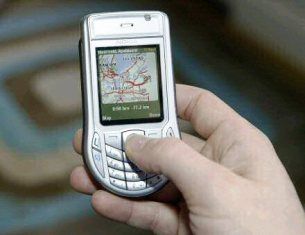 Nokia dominates the smartphone market, but the grip of its Symbian operating system is less assured

Nokia is dominating the smartphone market, taking a 56.4 per cent share of the 71 million handsets sold last year. The Finnish company kept hold of its number one position by selling over 40 million phones in 2006, according to research carried out by ABI Research .

But the dominance of Nokia's Symbian operating system is expected to dwindle to less than half the market share by 2012, Symbian One reports.

Rival Motorola could only muster 8.5 per cent of the overall smartphone sales, but that's an increase on last year, helped largely by Linux -based smartphone sales in China.

Motorola and Nokia are said to be locked in a bidding war for Palm - maker of smartphone devices for the US. The new owner of the company is expected to be announced on Thursday.

"It is not a question of 'if' but 'when' Linux will have an impact upon this market," says ABI Research director Stuart Carlaw.

Symbian will lose out "due to strong competition coming most notably from Linux, but also from Windows Mobile," he says