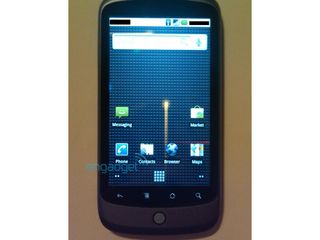 The Google 'Nexus One' phone set for debut next month?

The now-famous Google phone looks set to debut both directly from Google and through a carrier as well, with more coming on board later on.

Sources cited by Reuters have 'confirmed' that the phone will be available in the dual format, making it seem less likely that Google will shift that many from its own stock.

The same source stated that the Google phone could be with us as soon as 5 January, likely directly from the search company.

"In the long term Google will become a seller and get commission from operators," the source said to Reuters.

"Apple had a phone so hot it changed the business model and got operators to agree to revenue sharing. This is going to change the business too."

What makes this rumour more confusing is that the phone shown off in spy pics looks a lot like the HTC Bravo, made by the same manufacturer of the Google phone, meaning it's likely that they're pretty much the same model.

So when HTC comes to sell the Bravo, will it be competing against the Google phone? Or will it be re-badging it for the company?

In related news, further information are abound about the phone have emerged from the FCC in the US - it's been confirmed as working on UK networks, as well as having the pre-requisite Bluetooth, GPS and microSD expansion needed for Android phones.

From Reuters and FCC