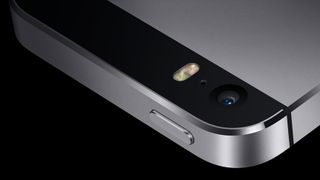 Are you ready for an upgrade over your iPhone 5S' camera picture quality? A patent published by the U.S. Patent and Trademark Office suggests that Apple is prepping a "super-resolution" imaging engine for future handsets.

The patent covers "super-resolution based on optical image stabilization," meaning your next iPhone (or more likely one several generations down the line) will rapidly take a series of images at a range of slightly offset angles.

These images will then be stitched together by an image processing engine, resulting in a "super-resolution" image.

The tech will allow Apple to significantly increase the iPhone camera's picture resolution without worrying about boosting those pesky megapixels.

As your iPhone's camera fires off a series of images, the optical image stabilization position will tilt the camera along a known optical path. During this process a positioning sensor indicating tilt angle will help ensure the accuracy of the final image.

Each shot is then transferred to the "super-resolution" imaging engine, which combines them into a single dense image by interpolating and remapping them to a high resolution grid.

The engine puts the finishing touches on the image by applying techniques like gamma correction, anti-aliasing and other methods of color processing.

With the patent first filed in 2012, it's unclear when Apple's "super-res" camera will make its way into our handsets. But the current bulkiness of physical image stabilization when compared with digital solutions suggests it probably won't be in the iPhone 6 when it launches later this year.

Update: This technology sounds like it has some remarkably similar attributes to Nokia's PureView oversampling system, currently used in the likes of the 41MP Lumia 1020. So it's lucky that Apple's just snapped up Ari Partinen, one of the writer's of Nokia's white paper on the subject, to join its team.

Partinen announced the news on Twitter, although didn't give any information on what he'll be doing at Cupertino - one thing's for certain though: he won't be working in the audio department, given his admission of a 'passion to push digital imaging to the next level'.

Via: AppleInsider and Engadget