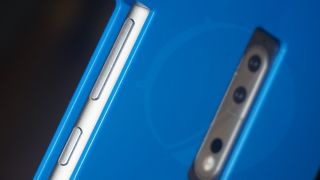 While we await new Android phones from Nokia in the Indian market this week, the rumoured Nokia 9 caught our attention after a huge leak today morning. Till now, the only flagship we knew from HMD Global was the Nokia 8 Sirocco, but it looks like the talks about Nokia 9 weren’t just speculations.

The mega-leak of the Nokia 9 was first seen on Slashleaks, where a datasheet detailing each and every detail of the phone with an alleged render was spotted. But this looks quite unreal, and we doubt if this is how the Nokia 9 will look like.

A complete look at the specifications

As per the leaked image, the Nokia 9 is said to feature 6.01-inch AMOLED display panel with 18:9 aspect ratio. The back of the phone is said to have a ceramic finish with 18-carat gold accents surrounding the camera module.

The image goes on to suggests that the Nokia 9 will sport a triple camera system. It is also said to have a 41MP camera sensor with Xenon + LED flash, previously seen on the Nokia 808 PureView.

Moreover, there’s a 20MP telephoto lens based camera supported by a 9.7MP monochrome sensor. Similar to the existing Nokia phones, this one will also boast of Zeiss optics. For selfies, it will have a 21MP sensor with f/1.8 aperture.

As per the leak, the Nokia 9 will feature the flagship grade Snapdragon 845 processor coupled with 8GB RAM and 256GB internal storage.

Since we already know about HMD Global’s tie-up with Google, this phone is most likely to be a part of Android One program.

If the leaks turn out to be true, it is going to be a powerhouse with tons of camera prowess. Huawei recently launched the first triple camera phone, and seems like Nokia is preparing to raise the bar with even more powerful camera.