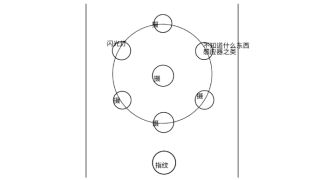 Nokia was once known for making some of the best camera-phones ever since we shifted to colour screens. Be it the N-series phones or the Lumia 1020, we have admired what Nokia did to the cameras on phones. A recent leak on Baidu, a Chinese social network, points towards Nokia’s next attempt to regain its legacy in the field of mobile optics.

According to the leak, Nokia is working on a penta-lens concept phone that has five lenses positioned in circular pattern with LED flash. The smartphone is said to be called the Nokia 10, and will be aimed at shutterbugs.

The concept definitely looks like Nokia’s attempt to revolutionise smartphone cameras once again. It would be interesting to see how the company plans to employ such hefty camera setup and how it is going to implement it by keeping the design handy. According to Nokiapoweruser, the Penta-lens camera rumor may hint at a revolver-like rotating Zoom camera tech from Zeiss.

Other rumoured specifications for the Nokia 10 point towards a Snapdragon 835, a glass back and 18:9 display. Nokiapoweruser also reports that the phone is currently under development stage and may not be available before second half of 2018.