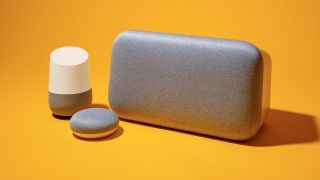 If you have multiple Google Home speakers or Google Nest devices dotted around your home, you may have noticed how tricky it can be to switch your music playback between them.

That's all set to change, thanks to a new feature called 'stream transfer', which allows you to change which Google Home or Google Nest speaker is playing your music by giving Google Assistant a simple voice command like, "hey Google, move the music to the living room speaker".

Stream transfer also enables you to move YouTube videos between smart displays like the Google Nest Hub Max and a Chromecast-enabled TV, according to Engadget.

As the feature is accessed via the Google Home app on your smartphone or tablet, you can also use it to cast your music to any Chromecast-enabled speaker.

This new feature isn't limited to swapping content between devices; Google says that, once you've set up a speaker group in the Home app, you can "transfer music from a single speaker to the speaker group to fill your whole home with music".

We could be on the verge of a new Google speaker, with rumors that the company is working on a new Google Home Mini smart speaker recently given weight by an FCC certification for a media streaming device that looks suspiciously like the original Mini.

The new Google Home Mini – which we think will be called the Google Nest Mini – could launch as soon as October 15, at Google's annual Made by Google hardware showcase.

If Google does launch the Google Nest Mini, we could be in for some fantastic deals on the original Google Home Mini this Black Friday and Cyber Monday.