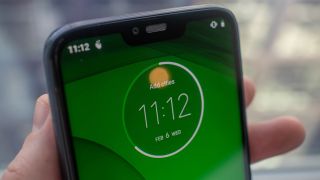 Motorola's mid-range champions, the Moto G7 series was announced last week on February 7. While the Indian consumers wait for the official launch of the G7 series, a report published by India Today claims that the Moto G7 Power, one of the variants in the series, will retail for Rs 13,999 at launch. The company has a lot of expectations attached with the G-series this year as they aim to put a dent in the smartphone market with four smartphones.

The four smartphones in the 2019 Moto G series are- G7 Plus, G7, G7 Power and the G7 Play. The Moto G7 Power features a 6.2-inch HD+ (1570 x 720 pixels) display which is topped by Gorilla Glass 3. It's got a standard notch design on the front which results in the 19.5:9 aspect ratio of the screen. The phone is powered by Qualcomm Snapdragon 632 chipset and an octa-core CPU and Adreno 506 GPU. There's two variants of the G7 power, one with 3GB of RAM  and 32GB internal storage and the other with 4GB of RAM and 64GB external storage option.

Moto G7 Power sports a single 12MP camera which has an f/2.0 aperture, supports PDAF and is backed by the LED flash. On the front, there's an 8MP selfie camera with an f/2.2 aperture.

The G7 Power has a 5,000 mAh battery which is its major selling point and supports fast charging as well.

Motorola has priced the G7 Power globally at EUR 210 which is roughly around Rs 16,800 in Indian currency. However, according to a source who revealed this to India Today, the price of the G7 Power will be Rs 13,999 in India.

Read our first impressions of the Moto G7 Power here