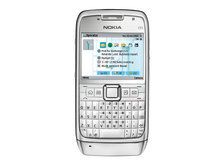 Nokia's mobiles not selling as well as before

The credit crunch has extended to the depths of freezing Finland it seems, after Nokia posted a 30 per cent slide in profits in the last quarter.

Despite easily holding on to its position as the number one phone manufacturer, Nokia says sustained competition from the likes of Samsung and RIM has eroded its profits.

Despite mobile phone sales continuing to grow, Nokia's plans have been hit by the economic crisis which has been forcing people to delay replacing their handsets.

The company still continues to see positive growth in the emerging markets in Africa and Asia, and will likely look to these areas to keep pushing profits.

This has led to the average price of the Nokia handset falling over the last year, according to the Herald Tribune.

"We weren't going to compete with some aggressive pricing that we don't think is sustainable," said Nokia's CFO Rick Simonson.

However, at least the company is still in profit. Ailing firm Sony Ericsson posted profit losses of £26m, so it's not the end of the world for the Finnish company.