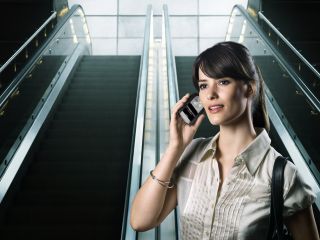 Try doing this in a theatre...

Microsoft is developing a new technology that could force mobiles into silent mode, or even prevent calls from being made.

The new technology, which has been submitted to the patent office, would connect to all mobiles in a theatre or cinema, for instance, and force them to be quiet or even switch off.

The same document also made reference to technology that could block digital cameras working on the same device, thus preventing copyrighted work, in areas like libraries, being photographed.

No word has been given on when such a device might go on sale, though it would have to prove the case for the technology anyway.

Phone jammers, which work in small spaces, are banned in the UK and come with a hefty fine for use.

This is due to the possibility of emergency services being impeded, so Microsoft would have to prove any jamming technology would still allow these calls to be made.