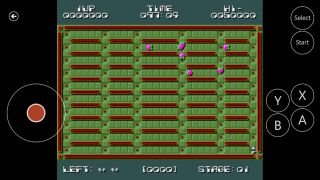 As the Creators Update looms large – and indeed is available now for those who want to manually download it for Windows 10 – Microsoft has made a move to ban game emulators from the Windows Store.

The news comes courtesy of NESBox, the developer of one such product called Universal Emulator (pictured above and below). The dev found that the app had been given the boot from the Windows Store, tweeting that: “Universal Emulator has been unpublished.”

The software emulated NES, Super Nintendo, Sega Genesis and GameBoy games, being available as a UWP (Universal Windows Platform) app, and in a browser version.

NESBox pointed to the fact that at the end of last month, Microsoft updated the Windows Store’s official policies, with a new clause under the ‘Gaming and Xbox’ section which states: “Apps that emulate a game system are not allowed on any device family.”

You can’t get much clearer than that, then, and yes, this pertains not just to PCs, but the Xbox One – although that’s no surprise, as last year, Microsoft was busy blocking game emulators that tried to make their way onto its console anyway – and indeed other devices which run universal apps from the store.

While this new policy was implemented last week, it seems that Microsoft is just starting to enforce it now.

Of course, this doesn’t mean you can’t use game emulator software at all, you just won’t be able to install these apps via the Windows Store. As NESBox itself said, the browser version of Universal Emulator is completely unaffected by the new policy.

The move has – predictably enough – already got conspiracy theorists around the net speculating about Nintendo whispering in Microsoft’s ear. But clearly, on a general level, this won’t endear Microsoft’s locked-down UWP ecosystem to those who enjoy a spot of retro gaming here and there.

And it’ll probably make folks wonder about what other policies the Windows Store might bring in down the line.