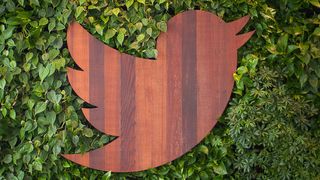 There's turmoil at Twitter. Four of its executives have revealed they will be stepping down – news that comes just three months after founder Jack Dorsey took back the corporate reigns in order to try and reverse the fortunes of a company that is struggling with user growth.

The problem Twitter faces is that it isn't growing fast enough. Facebook, its rival and pacemaker, counts its users in terms of billions. Twitter is languishing around the 300 million mark – and the simple truth is that, month on month, that figure isn't increasing as fast as investors would like.

For those that use the site this will come as a surprise, but it's becoming increasingly clear that Twitter is, to put it in TV parlance, Mad Men while Facebook is the X Factor. One is beloved by journalists and the subject of numerous think pieces by the literati, but millions more would rather be snuggling up to Simon Cowell.

As a result of the ongoing shake-ups, Kevin Weil, Katie Jacobs Stanton, Alex Roetter and Skip Schipper – the heads of product, media, engineering and HR respectively – have all departed, joining the 8% of Twitter's global workforce who were let go last October.

What does all this change mean? What does Twitter need to do right now in order to create a site that appeases its investors but, more importantly, doesn't alienate its core audience but grow it?

Twitter is in dire need of new features in order to grow and entice new users, but it has to balance these with making sure it doesn't spoil the core user experience. Bringing back founder Jack Dorsey looked like a good move, as he could tweak the formula without messing with the essence of Twitter. We have already started to see this plan in action.

A few weeks ago, Twitter launched its Moments tab. Moments is a human-curated news feed that aggregates tweets together to tell the user about certain stories. Moments is meant to cut through the Twitter noise and also encourage users to engage by tapping into the big conversations of the day.

It's not perfect, but for users who aren't glued to their feed all day (yes, they exist), it offers a way in and a reason to use the service.

There are more changes mooted, though, that could make even more of an impact.

It's widely expected that Twitter will enable longer blocks of text to be attached to tweets. When this was reported, it caused outcry as the media tended to frame the story as one about Twitter getting rid of its famous 140-character limit. But that shouldn't be the case.

It's more likely it will mean users will be able to attach text just as they can currently attach photos or videos. This makes a lot of sense – given that the current, awkward, way of attaching text is to take a screenshot and attach the image (as neatly demonstrated by Dorsey on his announcement tweet).

Done right, this could transform the Twitter experience. It has the potential to turn Twitter into a blogging platform and more of a destination in and of itself.

Now if users want to share longer text, they won't be directing users away from Twitter to a separate website, and if the text is actually text, and not an image, it will be searchable – which is better for both accessibility and in making sure your lengthy truthbombs can be found through Twitter's search function.

On the flipside, the news that text will still be stored on Twitter itself is making publishers nervous. Why would you click through to a news website if all you need to know is there on Twitter? So there is a risk to Twitter that such a move could scare off the sorts of people it requires to make its platform the cultural centre it already is.

Perhaps the juiciest gossip out of Twitter over the last 24 hours has been the claim that the company will be appointing a "well known media personality" to its board.

If you like wild speculation, the best guess I've seen so far came from the film critic Chris Blohm. He tweeted the observation that Stephen Fry last week resigned from his position on the board of Norwich City football club. Could this be more than just a coincidence?

Fry, in addition to his TV and film work, is well known as a passionate Twitter user and one of the platform's early advocates. (His live tweeting being trapped inside in a lift in 2009 was arguably one of the earliest examples of a Twitter story breaking through into the mainstream media). He has been repeatedly dubbed the King of Twitter.

Appointing Fry might be a smart move: who better is there to advocate on behalf of the people who use the platform than someone who many users will see as 'one of us'?

While he isn't the biggest star to use Twitter (that honour goes to Katy Perry, with 80m followers), he still has a very respectable 12m. And crucially, his reassuring appointment would be felt most keenly by the class of influencers, journalists, investors and elites who currently use the platform.

It would be Twitter's equivalent of bringing back Harrison Ford to reassure fans that the new Star Wars is going to be okay this time around.

(Many other big names would also be a good choice. We're just covering ourselves so this part isn't totally irrelevant once the appointment is announced. Okay? Great.)