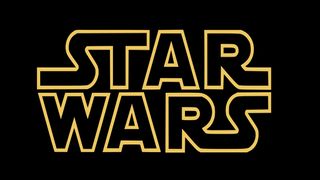 As if millions of voices suddenly cried out in terror...

The Rebel Alliance responded this week to the Empire's efforts to build a Death Star by lobbying to build a squadron of X-Wing fighters.

The saga started this January when the White House officially responded to a petition to fund construction of a fully-operational, moon-sized space station by saying no.

In response, the erstwhile minions of the Emperor (at www.gnut.co.uk) took to Kickstarter in an effort to raise £20,000,000 for the construction of the Death Star, with over £226,000 currently pledged.

To counter, a hero of the Republic (Simon Kwan, product designer) established another Kickstarter campaign to raise $11 million to assemble a precision X-Wing fighter.

One fighter may not be up to the task, the Kickstarter notes, so it has established a reach goal of $4,485,672,683, or the all-time box office total for all of the Star Wars films.

A second stretch goal for the campaign is to raise 13 million Galactic Standard Credits, a form of currency that has been used since a long, long time ago.

With the credits, the Republic hopes to fund "a Class YT-1300 Freighter (heavily modified) and a crew consisting of a Corellian smuggler and a Wookie co-pilot."

Among it's lofty goals (leading a successful uprising against the Empire, etc.), the X-Wing campaign hopes to include iPhone and Siri integration in its designs.

There has been no word yet as to whether or not the X-Wing will be compatible with Android, Blackberry, or Windows Phone, or if those platforms have gone to the Dark Side.