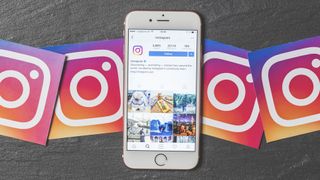 It began in Canada in May and now it’s spreading.

Immediately after changes to the photo-sharing platform were announced in April, Instagram began hiding the total number of likes on posts in Canada as a test. The design change meant account owners could see how many likes they have, but nobody else could.

How this change has been received is as yet unknown, but Instagram is expanding its testing ground to six other countries – Australia, New Zealand, Japan, Ireland and Brazil.

Starting July 18, total like counts will disappear from posts on the main feed, profiles and permalink pages. Users will be informed of the change via a message appearing at the top of their feed.

Instagram has acknowledged that online bullying is a major problem on the platform, and has rolled out two new tools to combat the issue. It also came under pressure when the killer of a teenage girl posted images of her body on Instagram – they were online for hours before being taken down.

According to Mia Garlick, the Director of Public Policy for Facebook and Instagram in Australia and New Zealand, this change is to make the platform less competitive.

“We hope this test will remove the pressure of how many likes a post will receive, so you can focus on sharing the things you love,” she said in a statement.

While the average user won’t mind too much, this change could affect influencers in a massive way. However, Instagram says the testing won’t impact businesses or influencers as no changes will be made to measurement tools like Insights and Ads Manager, where likes and engagement metrics will continue to be recorded.