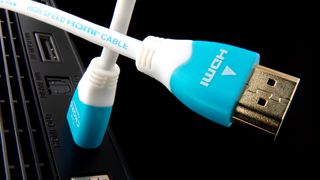 Today the HDMI Forum officially established the new HDMI 2.1 standard, a new specification that offers support for both 10K resolution and Dynamic HDR, as well as faster refresh rates of 60Hz and 120Hz for 4K. This is big, as the focus was merely on 8K resolution when we first dropped the news.

The specification for HDMI 2.1 also includes features that will make gamers happy, such as Variable Refresh Rate (VRR) that irons out display lag and Quick Frame Transport (QFT), which reduces latency.

Good stuff all, and fortunately HDMI 2.1 is also backwards compatible with current HDMI-compatible units. This means that everyone benefits, whether it's our future selves watching The Avengers VI in 10k or our older units that want to partake in the current stuff.

The devil is in the details

It's easy to flag 8K resolution as the flagship feature of the HDMI 2.1 spec - it's a huge, sexy number that, if we're being honest, we're nowhere near supporting.

Instead, HDMI 2.1 has a bunch of subtle specs that may not be as sexy as 8K, but have the potential to actually impact picture quality.

One of those, very obviously, is a higher frame rate support - namely, 4K at 120 frames per second. This means gamers clamoring for smoother gameplay at Ultra HD resolutions will finally have it.

Dynamic HDR is the idea that metadata is provided from the source material to the display on a scene-by-scene basis, rather than once per title. This means scenes can more natively adapt to the image information. In practice that means scenes can be exceptionally bright one minute, and pitch black the next.

Long story short? The devil's in the details.