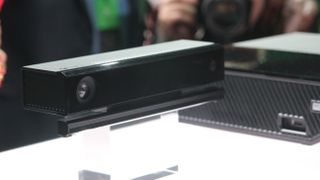 The answer arrived today: Xbox One Kinect goes on sale by itself October 7 in all regions where the Xbox One is sold. The Kinect will sell for $149.99 (£129.99, AU$169.95), with a digital download of the 10-song mini-game Dance Central Spotlight included with the sensor.

That's exactly how much the Xbox 360's Kinect cost by itself when it was released in 2010, to put things in perspective.

However, that does mean that buying the Xbox One and Kinect by themselves will cost a bit more than getting the bundle that includes both. Hey, we tried to tell you you'd regret cheaping out on the console.

Microsoft said on Xbox Wire that, strangely, sales of the more expensive Xbox One/Kinect bundle have actually increased since the standalone console released in June.

The company still insists the Xbox One is better with Kinect, if not for gaming than at the very least for voice commands, Skype and automatic sign-ins.

When those features work, they're fantastic, though granted they're not always up and running optimally.

But Microsoft's move to sell the Xbox One by itself (with a slashed price tag, of course) is aimed squarely at those gamers who don't care about such things and just want to play - in other words, a large chunk of Microsoft's audience.

And although dumping Kinect will likely give us better Xbox One games, it might be too little too late.