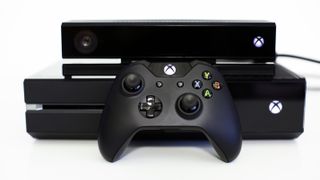 Being 'The One' is relative, apparently

It was a December to remember for Microsoft's gaming consoles, according to new research cited by the company.

The older generation held strong too; according to the consumer market research firm, the Xbox 360 sold 643,000 units during the month, placing it in the lead of last-gen consoles and No. 3 overall. Presumably, the PS4 was No. 2.

Combined, Microsoft's machines accounted for 46% of the US' hardware market share and nabbed 10% growth from December 2012.

Microsoft may have been the first to jump on NPD's figures - quick work, @majornelson - but Sony didn't sit silently by. Instead, it took a wide-angle approach.

In a statement picked up by CVG, SCEA Senior Director of Corporate Communications Dan Race pointed to the PS4's global sales lead and cited short inventory for a poorer US December showing.

"PlayStation 4 remains the cumulative leader for next-gen console sales in the US since the launch on November 15," Race said. "We sold every PS4 available at retail in the US and were out of stock in December due to overwhelming consumer demand."

Sony announced on January 7 that it sold 4.2 million PS4s globally as of December 28, 2013. Microsoft put on record January 6 that it sold three million Xbox Ones worldwide last year.

The PS4 launched one week before the Xbox One, and is currently on sale in considerably more countries than the Xbox One's 13.

According to CVG, the NPD's Liam Callahan said that "Xbox One led consoles sales in December, while PS4's two-month total makes it the best selling console during the two-month launch window."

Not to be lost in all the console chest thumping, Nintendo managed to edge out a victory over both next-gen systems.

Though specifics are lacking from the firm itself, Callahan said the Nintendo 3DS was the leader in "overall hardware sales for December 2013 and for 2013 as as whole," though it's unclear if this is for the US-only.

The Wii U saw "positive" hardware sales, with December signifying its "highest month for units sales so far." Again, specifics are missing.

On the software side, Grand Theft Auto V topped the list for top ten games of 2013, ahead of CoD: Ghosts, Madden NFL 25 and BF4.