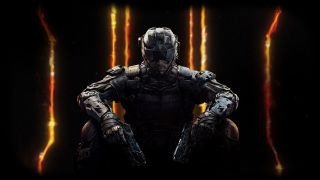 If you got a strong sense of déjà vu from the first teaser for this year's Call of Duty game, Call of Duty: Black Ops 3, we can't blame you – the 'augmented soldier' premise for the game sounds an awful lot like Deus Ex: Human Revolution and its recently announced follow-up, Deus Ex: Mankind Divided.

Now, the full reveal trailer is here, and we can also add a number of other titles to the list of games it obviously takes inspiration from, such as Titanfall, Metal Gear Solid, Mass Effect and more.

Robot dogs not yet confirmed

As always, developer Treyarch will be kicking things into high gear when it comes to multiplayer, with a confirmed four-player co-op mode, a Zombies mode, and the introduction of Specialists.

Rather than play as a standard soldier, you now choose a Specialist character that comes equipped with a unique weapon, such as a killer robot or a massive 'one shot kill' revolver (Destiny?), and a unique ability, like being able to travel back in time for a few seconds, or the power to see through walls.

Watch the trailer below, which confirms Call of Duty: Black Ops 3's release date as November 6, 2015.