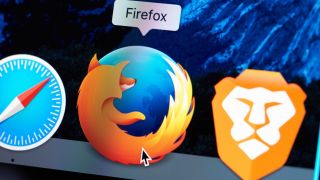 Despite rumors arising from the Tor Project, Mozilla says it has no plans at the moment to integrate Tor Browser into Firefox as a kind of 'super secure' browsing mode. However, the two organizations are working together to make both browsers more secure and give power to web users.

During a recent meeting of the core Tor team in Stockholm, one member proposed the idea of packaging Tor with Firefox to give users a way to browse the web even more securely than Firefox's existing private mode.

Several news sites, understandably excited, have jumped at the idea and reported that merging of the two browsers is imminent, but in a statement to TechRadar, Mozilla denied that that's the case.

"We haven’t yet made a decision to create a Tor mode," the spokesperson said. "We continue to explore how we can best support the Tor engineering team’s use of Firefox through the Tor Uplift project, as well as possible future integrations that would enhance the experience of our users."

Tor Uplift is a project that began in 2016, and involves integrating security and privacy features from the Tor Browser into Firefox.

Those include the anti-fingerprinting technology that rolled out with Firefox 67 earlier this year, which prevents ad agencies building up a unique picture of your computer's hardware settings, which can be used to follow you around the web without any tracking cookies.

Mozilla is planning to introduce premium services, but not a premium Firefox, enabling the non-profit foundation to pay its bills without resorting to advertising. A Firefox VPN and ad-free news subscription appear to be on the cards, but it seems unlikely that Mozilla would charge for access to the Tor network, which is currently free.

It's possible that a future free version of Firefox may offer full Tor integration, but porting features across seems to take quite some time, so we wouldn't count on it happening soon.

If you can't wait though, third-party browser extension Onion Browser Button does the same job, allowing you to connect to the Tor network while using Firefox.