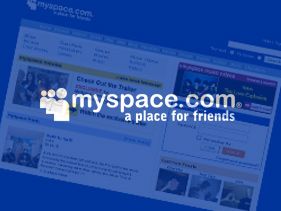 MySpace Music is one step closer to fruition

MySpace has landed itself a whole host of advertising deals for its MySpace Music venture, meaning that the website will soon be able to stream free music to its millions of users.

Although the details of exactly how MySpace Music will work are still sketchy, it is rumoured that the service will initially launch with a song download service provided by Amazon.com.

The big name sponsors who have signed up to the service include McDonald's, Sony Pictures, Toyota and State Farm.

The revenue from this advertising will pay for the costs of the music, so MySpace will be able to stream credible artists' tunes for free.

And it's not just a streaming service, either; MySpace is also looking into free downloads and creating playlists as with iTunes' new Genius option.

Speaking of the major advertising link-up, Jeff Berman, president of sales and marketing at MySpace said: "With MySpace Music integration, premium brands are offering our users and their customers new ways to discover, experience, and share music online and offline."

Strangely, even though the advertisers have been announced for MySpace's new venture, there's still no word on a start date – which gives the social-networking site's rivals a chance to muscle in on things…

Which brings us nicely into the announcement by Facebook that it is using its partnership with iLike for more than just song sampling.

Chill-out DJs the Thievery Corporation are debuting their new album, Radio Retaliation, this Thursday on Facebook via the iLike application.

This is the first time that an album has been officially promoted by the site in what is known as a "listening party". This promotion will last until the album is officially released 23 September.

Whether this is enough to rival MySpace's much bigger project remains to be seen, but it does look like seasoned musicians are putting their faith into social-networking, hoping that they will reap financial benefits, just like unknown artists have been doing since MySpace went online.