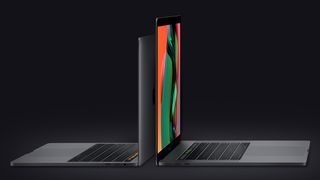 Earlier this week Apple surprised us with a bunch of MacBook Pro upgrades, but what most potential buyers wanted to know was whether the refresh fixed the problem Apple has been having with its laptop keyboards. Well, it looks like the answer is: maybe.

The diligent tech teardown specialists over at iFixit have taken apart the new keyboard and found a change – a thin, silicone membrane surrounding each of the keys. It seems safe to assume that this is designed to stop dust and other particles from getting under the keys and stopping them from working correctly.

In its announcement about the new computers, Apple said the "third-generation" keyboards had been designed to be quieter, but made no mention of the sticky keys problem. The new membrane suggests the issue has been addressed though.

If you've got no idea what we're talking about, recent MacBook and MacBook Pro models have reportedly been failing more than usual because of their delicate mechanisms – as soon as any crumb of material gets under a key, it becomes unresponsive.

How widespread this issue is remains open to debate, but it's got serious enough that Apple has promised to replace any affected keyboard for free for a period of four years after the purchase date. That repair program doesn't cover the new models, which is another sign that Apple is confident about the tweaked design.

Since the laptops launched we've learned a few extra tidbits about the computers too. The internal SSDs are apparently the fastest that Apple has ever used, according to benchmarks, and the integrated True Tone technology can also work with some external displays.