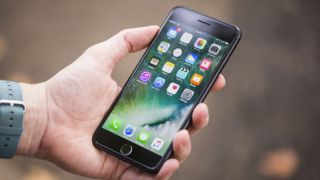 The iPhone 8 rumors have been flying in thick and fast of late.

Yesterday, we reported a rumor that Apple is readying a premium iPhone dubbed ‘iPhone Edition’ that would take design inspiration from the Apple Watch by encasing the handset in stainless steel. It’s also mooted to feature a vertically-aligned iSight Duo dual camera system.

A day earlier, there was another hot rumor that suggested this year’s 10th anniversary iPhone would be almost all screen, with minimal bezels and the possibility of a rear-mounted fingerprint scanner.

Now, reliable sources have given Bloomberg further information that’s added fuel to the fire by backing up said claims, with a source stating that Apple is already “testing a revamped iPhone” that will feature “a new type of screen, curved glass and stainless steel materials, and more advanced cameras”.

Multiple prototypes have reportedly been tested, including a “more ambitious prototype with the same slightly curved front and steel frame, but a glass back with more dramatic curves on the top and bottom like the original iPhone design from 2007.”

Apple’s not phoning it in this time

The report states that this new and overhauled iPhone will arrive alongside upgraded versions of the current iPhone 7 and iPhone 7 Plus, which are presumably part of the usual second year ‘S’ cycle.

So will this new premium model actually be called the iPhone 8? We wouldn’t bet on it. If Apple is indeed planning to release ‘S’ iterations this year, then it’s logical to think this higher-end option will go by the rumored ‘iPhone Edition’ moniker — as the Cupertino company is unlikely to release products named iPhone 7S and iPhone 8 at the same time.

According to the report, the premium iPhone will sport an OLED display, lending credence to the rumor that Apple has ordered 70 million curved OLED screens from Samsung, while the other two handsets will continue to use IPS LCD displays.

It’s also stated that Apple is still trying to implement a fingerprint scanner under the glass on the front of the premium iPhone, though design plans are reportedly “still in flux and can change.”

All three new iPhones are expected to launch this fall (late September through December), though you can probably expect some difficulty in getting your hands on the premium model, as “supply constraints could mean the device isn't readily available until one or two months after the typical fall introduction.”