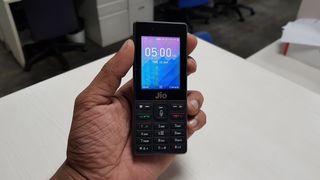 4G feature phones saw 18-19 million shipments go out last year, which was major growth for that segment. Counterpoint’s has gone a step further and estimated that not only with the trend of growth carry forward but the number of devices may double to 40 million.

The corporation’s analysts have also pointed out that though growth is predicted, the long-term future of 4G feature phones primarily depends on how the entire ecosystem around the devices evolve.

All the brands venturing into the 4G feature phone market are looking to tap into the 500 million basic phone users that haven’t upgraded to a smartphone. Indian players like Lava and Micromax have been trying to break through the market for a while now, but without any significant luck. On the other hand, the JioPhone has been well received and has aided in the goal of increasing 4G penetration in India.

4G feature phones have seen a dramatic rise in quantity since the launch of the JioPhone and Reliance Jio’s aggressive pricing campaign with monthly recharge plans for a mere Rs 49.

Even HMD Global’s a part of the mesh with the Nokia 3310 feature phone that launched last year, and the upcoming launch of the Nokia 8110 4G. The banana phone is expected to launch in India tomorrow at the Nokia event.

If recent reports are to be believed then even Transsion and Jolla have their own plans for launching a 4G feature phone in India. Jolla is apparently confident that their own Sailfish operating system will offer consumers a better user experience than the KaiOS.

But, the operating system on the JioPhone isn’t the main reason behind its success. Jio’s strategy of over-the-top (OTT) services combined with subsidised prices, is why the company has been able to leave other OEMs in the dust.

To top it off, for whatever reason, other OEMs haven’t tried to neutralise the Jio effect by creating their own tie-ups with other phone carriers like Bharti Airtel, Idea Cellular and Vodafone.

Since it’s been speculated that competition breeds productivity, so it’s not too hard to see how the entry of new players could bring out a wider variety of options for users at lower prices.

Jaipal Singh, a senior market analyst with the International Data Corporation (IDC), speculates that participation of vendors is of paramount importance for the 4G feature phone segment in the long run. Having the reach and resources to shift all of India’s non-4G users onto a 4G platform is easier said than done.