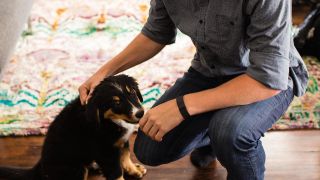 We all have that friend or family member who’s notoriously impossible to buy for – the one who has the critically acclaimed box-set still in its cellophane, and the on-trend sweater from last season with the store tags still attached.

But when it comes to tech, sometimes there’s really no need to think outside the box for gift ideas. With so many labour-saving devices on the market, the solution can sometimes be right under your nose.

Whether it’s streamlining a morning grooming routine or improving timekeeping, there’s a life-enhancing gadget for everyone. Read on as we take a look at 10 gadget gifts that will help your friends and loved ones live and work smarter.

Help them stay on track at the gym

Your friend is still wearing a wristwatch? In 2016? Help him or her enter 2017 on the right foot with a great gym companion: the Fitbit Blaze, which has been widely praised for its fitness-tracking accuracy.

Packed with an optical heart rate monitor, 3-axis accelerometer, and an altimeter for those not afraid of heights, the £159.99 Blaze ($199.95 / AU$329.95) can be paired with a smartphone to work alongside the Fitbit app, which not only allows the user to chart their own progress, but also view statistics from friends who also have the app for optimum motivation.

Bring them peace on Earth, and in the nursery

Expectant friends won’t even know how invaluable the Serenity Star is until they fire it up. This 5-in-1 device from Aden and Anais aims to provide parents with peace of mind when it comes to monitoring their newborn.

Incorporating a feeding diary that records, recalls and displays the time of previous feed, it’s also a sound machine which plays soothing lullabies, a night light, a room temperature indicator and a clock.

Give them a shed-load of power

DIY can be a lonely activity, but this USB power source at least enables shed-dwelling enthusiasts to keep their phone charged so they can stay in touch with the outside world.

As well as being a multi-voltage adaptor, compatible with 10.8v, 14.4v and 18v Dewalt battery packs, the Dewalt DCB090 Battery Adaptor features two USB ports for charging mobile devices, meaning your friend won’t have to sacrifice plug sockets to ensure they’ve got enough juice in their phone to receive the call to come in for dinner.

Help them stay safe and legal behind the wheel

This hands-free multimedia system could be an ideal solution for those who like to stream media and make calls on the move.

The £329.36 Parrot Asteroid Tablet (around $415 / AU$550) can be synced with a Bluetooth-compatible device to stream music, as well as manage up to two phone calls at the same time.

There’s an app store, as well as GPS for maps, and on-board voice recognition means the device can be used safely while on the road – an easy way to bring your friend’s car into the 21st century.

Help them improve their sleep

Tell your friend to throw the lavender oil and soothing meditation playlists away -- you’re buying them a Withings Aura Smart Sleep System this Christmas.

Rather than a wearable that’s uncomfortable to sleep with, the Withings consists of three key components: a non-intrusive strip attaches to your mattress to monitor movement, breathing and heart rate; a bedside alarm clock syncs to your Spotify account, and a companion app that will give you instant feedback on your sleeping habits when you wake.

Using sensors to monitor your surroundings, as well as a timed glowing light, the alarm clock emits specific light waves to help the production of melatonin (the hormone that helps control your sleep cycles) for a better night’s sleep.

At £249.95 ($299.95 / around AU$415) it’s not the cheapest present to buy a chum but with the ability to set an alarm that’ll wake them up at a time that’ll leave them refreshed - and you’ll reap the benefits of having a friend filled with rested contentment.

Take the stress out of cooking

Tefal aims to make cooking smarter – even for the culinarily challenged – with its Actifry Smart XL.

The Actifry works alongside a companion app, which transmits cooking temperature and duration to a phone or tablet via Bluetooth, meaning your friend will have no excuse for ever burning or undercooking another meal.

Ideal for those who are into healthy, low-fat cooking, the dishwasher-friendly Actifry could spare your acquaintance hours of post-work cooking.

However, at £299.99 (around $375 / AU$500) the Actifry doesn’t come cheap (and we’re not sure anyone really likes any friend that much), but with a library of healthy recipes to choose from your friend will certainly be eating your money’s worth – and hopefully they’ll invite you round for dinner.

Make their housework less of a chore

The Winbot W930 looks like one of those ‘gadgets from the future’ we’ve long been promised – but unlike flying cars it actually exists.. It’s a remote controlled robot that can clean your windows all by itself… immense!

Say goodbye to squeegees, elbow grease and uncomfortable window squeaking. The Winbot reduces cleaning time as well as noise with its SmartDrive technology, and is compatible with glass of any thickness.

Available from £249 (around $315 / AU$415), the Winbot is most definitely a long-term investment in your friend’s home, as well as in your friendship – it’s basically the gift to give if you can never tell if they’re at home or not because of the filth on their glass.

How many times have you tried to include your pet in the ceremonial family Christmas present unwrapping, only to be disappointed when Kitty is more interested in the paper than the gift? Well, your friend – or rather their cat – is in for a treat this year.

The £23.99 (around $30 / AU$40) FroliCat Dart or Bolt laser light toys appeal to the natural instincts of an excitable cat, creating an inviting laser display that not even the laziest of felines could resist.

It’s the gift that will delight your human friend, and their feline one, in equal measure.

Shave minutes off their morning routine

Claimed to be the world’s most efficient and comfortable shaver, the Braun Series 9 9095CC could be the difference between your friend being a grumpy early riser and enjoying some extra duvet time.

Its SyncroSonic technology means it performs 40,000 cross-cutting actions per minute, which is more than any other shaver on the market.

As well as including a high-tech cleaning system and precision beard trimmers it’s also waterproof, a welcome feature when you’re bleary-eyed and still half-asleep.

However, do weigh up if giving your friend the gift of a few extra minutes in bed is really worth the huge expense of £339.99 ($389.99 / around AU$570) or whether it’d be cheaper to just help them move closer to work.

Help them capture their creativity

Have a budding novelist in your life? Or maybe someone who likes to doodle? The Equil Smartpen 2 could be the ideal solution for those who like to put pen to paper at a moment’s notice and save their scribblings.

It’s all very well getting them a lovely notepad and a fancy pen, but the Smartpen 2 goes one better by enabling you to plot your writing or sketches on paper, before transferring them to your smartphone via Bluetooth.

This article is brought to you in association with Tesco Mobile