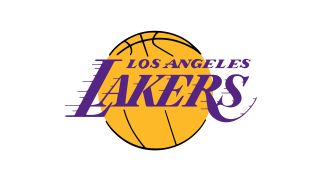 The Los Angeles Lakers finished the 2017-18 season with 35 wins and 47 loses at 11th place in the Western Conference. The team underwent a full rebuild during Luke Walton’s first season as head coach and even when the loses started to pile up, he continued to coach to win.

This season though, things could be different for the Lakers as LeBron James has joined the team with a four-year $153.3 million contract. He and fellow veteran additions Rajon Rondo, Lance Stephenson, JaVale McGee and Michael Beasley will help bolster the team’s you core led by Lonzo Ball, Brandon Ingram and Kyle Kuzma.

If you’re a cord cutter in LA or a Lakers fan living anywhere else in the world, we’ll show you how to tune into every game this season so you don’t miss a single basket at the Staples Center. And if you just want full basketball coverage, then our guide to live streaming every single NBA game is the page to check out.

How to live stream the Lakers online

While there are a number of options for streaming the NBA online (more on which below), avid basketball fans need to look no further than NBA League Pass.

If you’re interested in following your favorite team all season or even if you want to keep up with every team in the league, the NBA’s own streaming service is our first choice for streaming basketball online.

With NBA Team Choice, you get access to every live game for one team with full replays and audio broadcasting available as well for $119.99/£99.99 a year. NBA League Pass gives you the same coverage but instead of having access to just one team’s games, you can watch live games for every team in the NBA for $199.99/£184.99. Basketball fans who want the complete package though will have to sign up for NBA League Pass Premium which gives you access to all teams and in-arena streams for $249.99/£214.99 a year.

NBA League Pass offers the most content by far but there is a catch, NBA blackouts still apply so you won’t be able to view local games live. Don’t worry though as we’ll show you exactly how to get around these restrictions below.

Live stream the Lakers in Los Angeles and during blackout games

If there is no official broadcast option in your country, a game is not playing locally due to an NBA blackout or you're looking to make the most of that NBA League Pass subscription, then you'll need to use a VPN service to dial in to a location in the US (or outside of the US if your streaming the Lakers via the international version of NBA League Pass) that does have coverage.

A VPN is perfect for this as it allows you to change your IP address so you appear to be in a completely different location. We’ve tested hundreds of VPNs and can recommend these as the three best VPNs currently available:

2. IPVanish supports up to 10 devices, so great on the go.

Other ways to watch the Los Angeles Lakers online

Avoid the NBA blackout with a VPN

If you live in California and don’t want to pay for local cable television just to watch your local franchise, catching those NBA games live is made very difficult for you. Because the NBA agrees to exclusive rights for those stations, NBA League Pass won’t show live games as the actions happens. You have to settle to watch the game when it’s replayed.

But using a VPN is a handy way around this. Grab one of our recommend VPNs above, log in and connect to a server outside the blackout region and watch the Lakers do their thing.

The NBA League Pass won't be for everyone. If you want a paid option that includes other television and sports, then going for a more all-encompassing plan might be better for you. Below are some other cord-cutting options to consider: