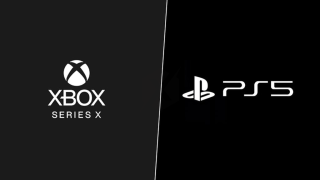 Saving for a PS5 or Xbox Series X? You might not need to put away quite as many pennies as had been expected. A US trade tariff on Chinese imports of electronics, which could have driven the price of the consoles up worldwide, has now been halted.

President Trump had proposed a 25 percent tax on items moving from China into the US, but the Phase One agreement signed by the USA and China earlier this month now means that will not go forward.

"We are encouraged that the Administration suspended the implementation of tariffs on video game consoles and controllers," a spokesperson for the Entertainment Software Association (an advocacy group that campaigns on behalf of games publishers) told Polygon.

"These tariffs would have significant implications for our industry, which boasts a trade surplus for the American economy. Tariffs will erode innovation, decrease job opportunities for American workers, and increase prices for consumers."

The original tariff plan saw a rare collaboration between Sony, Microsoft and Nintendo, who together put out a joint statement that said the legislation would likely lead to price increases across all their hardware. It would put "a new video game console out of reach for many American families who we expect to be in the market for a console this holiday season," it read.

Sony had already told customers that the PS5 would likely receive a price hike if the move went ahead, while Nintendo was looking into moving the production of its Switch Lite console to another nation to avoid the Chinese tariff. All parties are now likely breathing a sigh of relief.

Not that you should expect the PlayStation 5, new Xbox or rumored Nintendo Switch Pro to come cheaply as a result – we've still no word on pricing on any, and gamers should still expect to pay premium to be an early adopter of next-generation hardware.