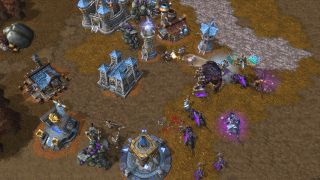 Warcraft III: Reforged has experienced a controversial launch for a number of reasons which we recently discussed in detail, and Blizzard has been listening to its dissatisfied customers – and is now offering a refund on the game as a result.

You can request a refund, as Eurogamer spotted, by heading over here, and presumably there’s no danger of that request being turned down.

The firm issued a statement to say: “Blizzard stands by the quality of our products and our services. Normally we set limits for refund availability on a game, based on time since purchase and whether it has been used.

“However we want to give players the option of a refund if they feel that Warcraft III: Reforged does not provide the experience they wanted. So, we've decided to allow refunds upon request for the time being. You may request a refund here on our Support Site.”

Bear in mind that this is only the case for the “time being”, according to Blizzard. So those who feel that Reforged isn’t worth the price of entry should move sooner rather than later (like now, we’d suggest) to get their money back.

Warcraft III: Reforged has just been patched to cure some of the bugs and issues it launched with, plus the promised improvements to the visuals for Classic mode have been implemented.

A lot of bugbears that players have aired remain present, though, and of course there’s still the major thorn in the side of the game in terms of it radically changing the existing Warcraft III for the worse.

Some users apparently had trouble downloading the patch, as well, which hardly helped the general sentiment of the player base, although apparently those initial teething troubles have now been fixed (at least for most people, going by the official forums).

Whatever the reason you might be unsatisfied with Reforged, it’s good that the option to have your money refunded is now present, although obviously this won’t make any odds to players of the original Warcraft III, who are suffering the side-effects of Blizzard’s remaster.