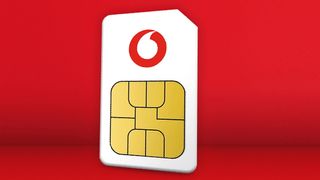 As one of the many recent advancements in the world of phone contracts, many retailers have come forward with plans that offer up completely unlimited data allowing you to browse, stream and game with no fear of hitting a data limit.

While Three had been doing it for a while, its competing networks - EE, Vodafone and O2 - quickly joined in to offer similar plans. And while Vodafone rose to the top with some of the cheapest prices around, that affordability has recently come under fire.

Simply put, Vodafone managed to offer some highly competitive pricing on these unlimited plans because of its speed-cap tier system. Yes, you can get unlimited data from Vodafone for just £23 a month but you will be capped at a woeful 2Mb/s.

We're not all that surprised that these limited speeds - just about enough for light browsing and social media - have been criticised, we were wary when they first launched. But now a recent article by Gizmodo found Vodafone's speed limits weren't up to the standards of the ASA.

Turns out Vodafone's vague use of the term "a world without limits" wasn't quite an accurate description of a world where you can only just about browse the internet, especially when Vodafone makes frequent references to 5G capabilities on these plans.

Competing brands Virgin and Three highlighted that the use of the term 'unlimited' could be seen as misleading when taking into account these limits to speeds. In response, the ASA has ruled Vodafone's advertising is unclear and banned the company's current advertising of these SIM plans.

Understandably, if you had been considering one of Vodafone's cheaper unlimited SIM only deals, you may now be put off by the fact that your speeds are likely to be capped.

But the upside is that the world of unlimited data SIM plans has quickly become plentiful with different options. Only Vodafone is imposing speed caps on these deals so with the below options, there are no sneaky limits on your contract:

- Three: If the thing you liked about Vodafone's SIM contracts was the affordability, Three will be the way to go. It offers unlimited data for £20 a month with the firs 6 months half price

- Smarty Mobile: Haven't heard of it? It's a lesser-known brand rising in popularity, piggy-backing Three's network. You can go unlimited for £20 a month and you're on a rolling 1-month contract so can leave at any time.

- Vodafone: Vodafone does have a uncapped version of its unlimited plan, you'll just have to pay more to get it - £30 a month to be exact.

- EE Mobile: It's EE, it's never going to be cheap. For unlimited data on the most popular network in the UK, you'll have to pay £34 a month.