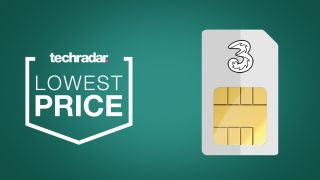 Since way back before Black Friday, Three dropped a major market-leading unlimited data SIM only deal. Nothing managed to come along and beat it through the end of 2019 or early 2020 so Three did the obvious move...it released a second market-leading plan.

Both of these deals get you unlimited data on the Three network. One costing just £18 a month for 12 months and the other providing £20 a month bills with the first six months at half price bills.

While a quick glance through our guide to the best SIM only deals will show these still come out on top, they have had some strong competition to battle. EE and its 60GB for £20 offer, Smarty and its multitude of bargain big data plans or even Voxi and its unlimited social media deal.

SIM only from Three | 24 months | Unlimited data, calls, and texts | £10 a month for the first six, then £20 a month
Getting unlimited data for just £10 is a rare sight and one that only Three has managed to achieve so far. Of course, those bills only last for six months and then you'll have to pay £20 a month for the last 18, which is still one of the best prices around. The only issue is that it lasts for 24 months. Too long? Try the offer below.
View Deal

SIM only from Three | 12 months | Unlimited data | Unlimited calls and texts | £18 a month
24 months too long for you? Or would you rather keep your bills constant throughout? Either way, this offer is an excellent alternative to what you can get above. Yes, it's not half price but it is still exceptional, topping everything else on the market.
View Deal

Why should you choose Three Mobile?

Whether that be free exclusive prizes or extra roaming. You can see all of the best parts of a Three SIM only deal or Three mobile deals down below.