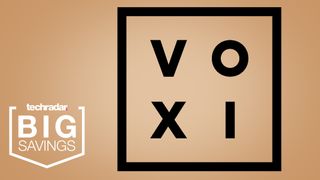 Voxi - a brand known best for its frequent appearances in the ad breaks of Love Island (you know...the thumb one?) - but dig a little bit deeper and it is much more than that.

Right now, Voxi has three benefits that make it a worthwhile investment for your next SIM only deal. Firstly, and most importantly for the Instagram lovers, Voxi doesn't use up data on social media.

Finally, all of Voxi's plans operate on 1-month rolling contracts, meaning you can stay for as long as you want or leave after 1 month is done. While this all sounds great, we will point out that there is one other SIMO provider giving Voxi some very strong competition.

Smarty, a brand operating through Three's network, also offers 1-month rolling contracts with more data than Voxi's plans and at lower prices. So it comes down to this - does most of your data go on social media? If yes, Voxi is the answer. Otherwise, Smarty has Voxi beaten on this one.

Voxi SIM only deals: heavy in data and social media

SIM only plan from Voxi | 1 month rolling | 8GB data | Unlimited calls and texts | £10 per month
The cheaper of the two options, this is an excellent price for 8GB of data. And, with Voxi's 1 month rolling contracts, you don't have to worry about being stuck a long contract. While 8GB of data might not be quite enough for some people, the unlimited use of social media helps balance that out.
View Deal

SIM only plan from Voxi | 1 month rolling | 20GB data | Unlimited calls and texts | £15 per month
Jump up by a fiver a month and you get an impressive increase to your data cap. A hefty 20GB of data paired with Voxi's unlimited social media should mean that you have no problems with running out midway through the month. If you need a bit more data, this is one of the best prices around this data point.
View Deal

Smarty Mobile is in many ways very similar to Voxi. They both offer 1-month rolling contracts, they're both affordable but Smarty has that little bit extra data to take the win for non-social media addicts.

For £10 a month, Smarty will get you 30GB of data. That's quite a boost on the above from Voxi and allows you to tether. Jump up to £15 a month and you'll see your data climb up to 50GB.