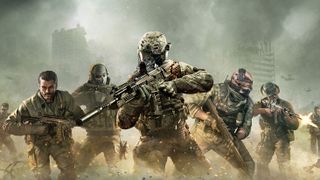 If you're a fan of mobile games then there's likely one particular game you've checked out: app download stats of 2019 have been published, and there's a huge winner in the form of Call of Duty: Mobile which had over 180 million downloads in the last few months of the year.

This information comes from Sensor Tower, an app analysis company, which published its findings into the mobile download habits of people in 2019, both for games and everyday apps.

Call of Duty: Mobile is the clear winner in the gaming category, and at 180 million downloads it doubles the stats of every other game save Sand Balls, which had roughly 90 million downloads. Favorites like PUBG Mobile, Mario Kart Tour and Candy Crush Saga are all much lower down the list.

What's interesting is that roughly half the downloads of Call of Duty: Mobile are from Apple's App Store and the other half are from the Google Play Store, which isn't the case with most other games, with the Play Store accounting for the majority of downloads.

It's worth pointing out that these stats only account for Q4 2019 – so from October 1 (incidentally, the day Call of Duty: Mobile launched) to December 31 – so while the game wasn't necessarily the most downloaded through the whole of 2019 (a least we can't be certain of that) it's definitely up there.

What about non-game apps?

The most downloaded non-game app in the last three months of 2019 was WhatsApp, with about 270 million downloads. These were predominantly from the Google Play Store, with only around 30 million from the App Store.

According to Sensor Tower, downloads were up 9.1% year on year, which suggests that more people are accessing content and services via their phones than ever before, and/or that we're all downloading more apps.

Interestingly, most of the top apps on the list were social media or entertainment, with barely any news, dating or travel apps present. It's worth remembering, though, that pre-loaded apps don't count as 'downloaded', so the likes of Apple Maps or Google Maps wouldn't show up here.

So what does this tell us? Well, with regards to gaming it's interesting how most of the top 20 downloaded apps are 'simple' games like Candy Crush Saga, with few 'high-end' games there (save for the obvious success of Call of Duty: Mobile).

And for non-gaming apps, it's a reminder how international the tech scene is, for example with Google Play for India sitting in the top list near Amazon, which doesn't ship to all countries, and the appearance of TikTok, which is hugely popular in certain other countries.