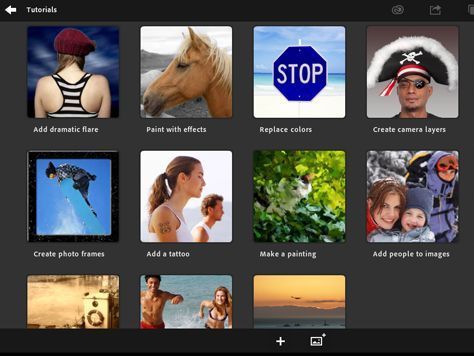 When you think of photo editing with Adobe Photoshop you'll probably think of sitting at a desk working on a reasonably powerful desktop PC or Mac. However, as much as many of us wish that it were the case, creativity doesn't always come naturally when sat at a desk.

A solution to this is the Adobe Photoshop Touch app, designed for tablets such as the iPad 2. This mobile version of Adobe's market leading photo editing software, Photoshop Elements, is currently available for Android tablets from the Android Market. It will be released for iPads later, through Apple's App Store.

See the new tablet version of Adobe's image editing software in action, as we take a quick run through the features:

While the move from editing photos from your desk to editing them on the go is a welcome one, how well does Adobe Photoshop Touch perform?

In the transition from powerful desktop computers with plenty of processing power, RAM and dedicated graphics cards to the relatively limited hardware of the tablets, you'll inevitably make compromises.

Considering the fact that Adobe Photoshop Elements costs around £50, compared to the app's price of £6.99, surely something has got to give?

If you've ever used a desktop application that hasn't been optimised for touchscreen on a tablet - so pretty much anything on a Windows 7 tablet - you'll be pleased to know that Adobe has obviously put a lot of thought into the interface for Photoshop Touch.

It takes a little while to get accustomed to the layout if you're used to using the desktop program - it took us a while to figure out how to save our creations, for example - but once you understand it, it feels comfortable and intuitive to use, especially when choosing various tools and paintbrushes.

Next Page Features and ease of use