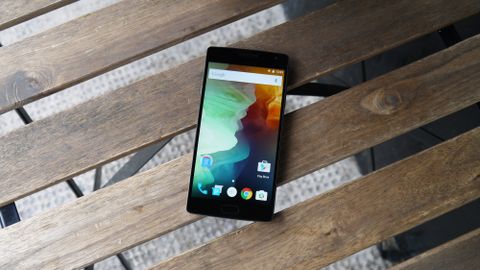 OnePlus has done it again. It's managed to conquer the tricky second album with a smartphone which builds on its predecessor in a number of ways without losing its core appeal.

Update: The OnePlus Two remains a strong choice for those looking for an affordable, yet powerful unlocked Android smartphone.

However, with the rumored OnePlus 3T to be announced shortly, that will likely put the OnePlus 3 within the OnePlus Two's current price bracket.

Another topic: Android Nougat. Will it ever come to the OnePlus Two? Fingers are of course crossed, but OnePlus will probably focus its efforts on the OnePlus 3 and the next phone coming soon.

The tricky second album. That's probably the best way to describe the OnePlus 2. After the surprise success of the OnePlus One there were big expectations for its successor, so has the fledgling Chinese brand delivered?

OnePlus dubbed its second phone 'the 2016 Flagship Killer', a claim that was more than a little far-fetched. So how about a more grounded claim of 'the 2015 Flapship Killer'? If OnePlus bangs that drum instead, then it might just be onto something.

At this price the OnePlus 2 has the Moto X Style for company, along with the LG G4, which has had some price cuts of its own. The OnePlus 2 is still pricier than the lower mid-range OnePlus X (though the X has been discontinued and is increasingly hard to find), but comes in well below the newer OnePlus 3, which costs $399/£329 (around AU$450).

A quick flick through the spec sheet and you'll likely be impressed with the bang for your buck offered by the OnePlus 2.

It's not without its flaws however. There's no NFC, no microSD and no fast or wireless charging options; and, while the rear plate can be removed, the battery cannot.

These may be viewed as minor imperfections by some, but when your company's motto is 'Never Settle', is the OnePlus 2 letting down its fans?

The OnePlus 2 isn't the easiest phone to come by either. Luckily the invite-only sales approach has been dropped by the company so now you can buy one - with free delivery - from the OnePlus site without any concerns, though it remains unavailable on networks.

The price is still low and the specs are tempting. So has OnePlus managed to bring together all the elements for its second hit, or will the OnePlus 2 fail to chart? Let's find out.

I forgave the OnePlus One's functional, plastic design last year as it was the first phone from the startup, and the price tag knocked our socks off. This time around though the market is expecting more, and OnePlus has delivered.

The OnePlus 2 sports a sturdy metal frame around its circumference, giving the handset a premium look and feel. It's a similar design choice to the Samsung Galaxy Alpha and Note 4, with the rear retaining a removable plastic back plate.

It's with this black plate however, that I have my first gripe. The default rear for the OnePlus Two is a textured grey affair which has the roughness of sandpaper. It means there's a whole heap of grip – something I miss when grappling with the iPhone 6S Plus – but it doesn't feel comfortable, nor premium in the hand.

That's a shame, as the metal frame round the edge gives the handset an air of sophistication which could see it in a higher price tier, but the rear reminds you that in order to deliver such a low price point some corners still need to be cut.

It's not all bad news though, as OnePlus is more than happy to sell you an alternative rear cover – choose from bamboo, rosewood, black apricot wood or Kevlar – for $18.89/£13.99.

I've tried these options out during an exclusive OnePlus event, and I can confidently say they feel better than the default offering – as long as you don't mind spending a little extra cash.

Peel the rear cover off and you're greeted by a black plastic body with a dual-SIM tray towards the top-left of the phone – pull this out and you'll find space for two nanoSIMs.

Unlike in some Huawei handsets, the second SIM slot doesn't double as a microSD tray, so you're stuck with the 64GB of internal storage.

In terms of size, the phone is similar to the OnePlus One, with the 5.5-inch display forcing the size of the handset to an extent. It has gained thickness, moving from 8.9mm to 9.9mm, while weight has increased from 162g to 175g. This makes it larger and heftier than the 7.4mm thick, 158g OnePlus 3.

I didn't find it overbearing in the hand though, with an even balance making it easy to hold. You will need to perform some shuffling during one-handed use if you want to reach the fingerprint scanner at the base or the top of the display, which can lead to some near-drop experiences.

The power/lock key, located on the right below the volume rocker, falls nicely under your thumb/finger, making it easy to locate and hit, while on the opposite side there's a novel sliding switch.

This slider enables you to quickly toggle your notifications between three states: off, priority only and all. I found this especially useful when diving into a meeting, as a quick slide of the switch to its top position meant no interruptions.

There's an LED notification light on the front, so you can still be alerted to new notifications without having to touch the handset, but you can turn this off in the settings if you prefer.

This isn't a new idea, and iPhone users will be screaming at their screens that Apple's smartphones have had a silent toggle since the beginning of time. Sure, it's not innovation, but it's a handy addition to the OnePlus 2.

The OnePlus 2 builds positively on the design of the OnePlus One, bringing with it a more premium and refined style which makes it look and feel like a more expensive handset. This makes it easier to take seriously as a flagship contender, at least by 2015 standards – just as long as you swap out that sandpaper default rear for a real wood finish.

Next Page Display, fingerprints and USB-C