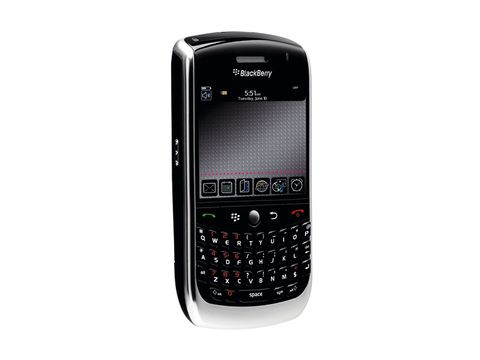 With all the fuss made recently about RIM's BlackBerry Storm, the Curve 8900 has missed out on its share of the limelight, which is a bit of a pity as it is nevertheless still quite an impressive smartphone.

Sporting the latest version of the BlackBerry OS, this is the slimmest Curve to date, at just 14mm. Its miniature QWERTY keyboard is one of the best of its type we've ever used. Its screen, which offers an impressive 480 x 360 pixels, might be small compared to that of the iPhone or BlackBerry Storm, but it does a good job.

The mostly black chassis features stylish silver highlights and the overall look should keep business types happy, while also appealing to consumers. The 3.5mm headset jack, music playback and 3.2-megapixel camera are testament to its desire for consumer fans, and the presence of both a GPS antenna and Wi-Fi will save you from the problem of deciding which to plump for.

You don't get 3G, however, as the Curve 8900 tops out at dual-band GSM with GPRS and EDGE. This actually doesn't matter too much if all you want is mobile email, as this is fast enough on the Curve 8900 without 3G. If you want fast web browsing, then you might want to look elsewhere, both for 3G connectivity and a larger screen.

However, if you are already a BlackBerry Curve fan and are looking to upgrade, the 8900 could prove to be very appealing.