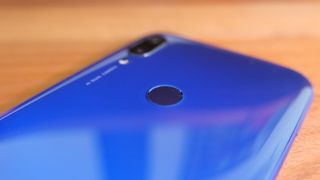 Smartphones aimed at younger audiences is a crowded market, with handsets like the Samsung Galaxy A range, Oppo Reno series and Honor brand all vying to be the smartphone of the youth – and now Xiaomi has thrown its hat into the ring with the Xiaomi CC phones.

Announced in a post on Xiaomi's Mi blog, the phone series is "aimed at the global young generation", and the Cs stand for a range of words, including "camera+camera" and "chic, cool, colorful and creative."

Notably absent from Xiaomi's announcement post is any mention of actual handsets, so for now we don't know what the Xiaomi CC phones will look like, or what the company is doing to make its devices so youth-friendly.

Typically 'youth-friendly' consists of mid-range smartphones with reasonable camera specs and chipsets, but if Xiaomi found a way to mix up that formula it could distinguish itself from the competition.

We do know Xiaomi recently started working with Meitu, an image processing app that's popular in China, so it's possible the Xiaomi CC phones will come with advanced post-processing software for images, as Xiaomi says the CC phones are the product of that collaboration.

Xiaomi hasn't given us any more information about CC, like where or when we can expect to see the handsets, but we'll be sure to let you know when Xiaomi announces anything, so stay tuned to TechRadar for all the latest phone news.